Nutcracker is based on a story by E. T. A. Hoffmann that beautifully interweaves the real world with the magical world, all under the enchanting influence of Clara’s godfather Drosselmeyer. On the other hand Tchaikovsky’s ballet creates a greater distinction between the two worlds, and linking them more intimately is a potential challenge for any production. This one by Wayne Eagling involves some interesting ideas. For example, the mouse king is not killed in Act I but lives on into Act II, clinging to the carriage of a balloon that takes Clara and the Nutcracker away from the snow scene at the end of the first Act. He’s then killed during the second Act in a small theatre on stage, which serves as a background for the character dances. 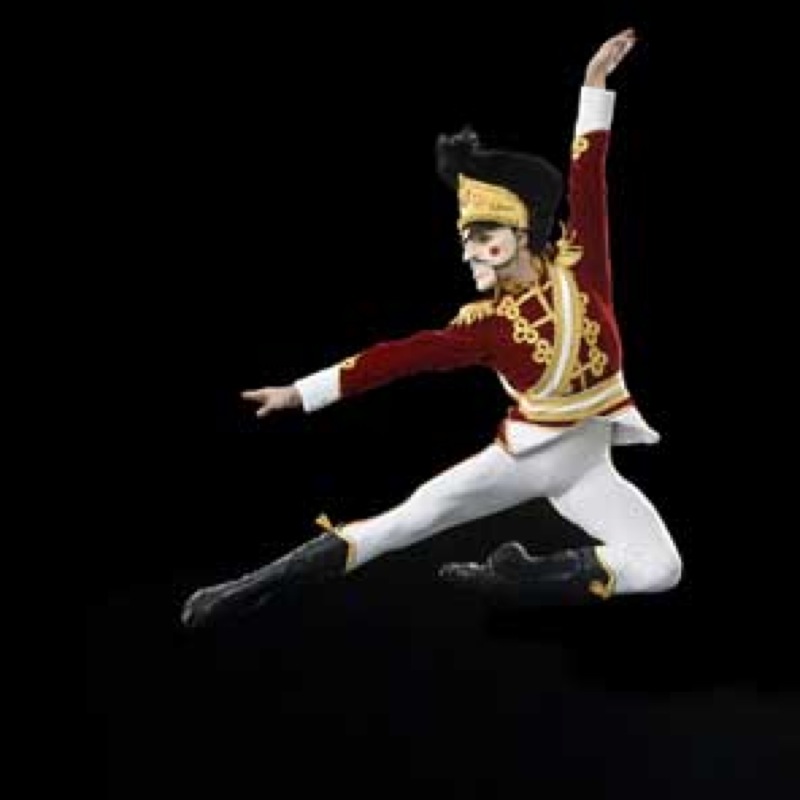 In the Hoffmann original the Nutcracker is a magical version of Drosselmeyer’s nephew, a feature represented in Eagling’s production by having the two characters interchange on stage several times. For instance during a pas-de-trois for Nutcracker, Drosselmeyer and Clara, the Nutcracker transforms into the nephew and dances with her alone. And rather than having Clara as an onlooker during the festivities of Act II, she is a participant, coming on during the Arabian dance to release a prisoner from bondage, and later dancing with her prince as if she were the sugar plum fairy. The Spanish, Chinese, and Russian dances, along with the dance of the flowers, are of the usual type, but the dance of the mirlitons becomes a pas-de-quatre for three boys and a girl who represents a butterfly that eventually falls prey to Drosselmeyer’s net. These aspects of the production help to link the real and the magical, but I missed any representation of the Mother Ginger episode whose music I love. I also missed the final bars at the end, which were cut to leave everything quietly as it was in the prologue, with the exterior of the parents’ house on stage, and Clara and her brother creeping out for some fresh air.

The prologue — during the orchestral overture — started very well with ice skaters in front of the parents’ house, but Act I didn’t really gel on the first night. Things warmed up in Act II and the pas-de-deux between Daria Klimentova as Clara, and Vadim Muntagirov as her prince, was terrific. His lines were beautifully clean and their dancing had real élan. There were also some wonderful performances in the character dances particularly Shiori Kase in the Chinese dance, and the leading flowers Begoña Cao and Sarah McIlroy with their partners Daniel Kraus and James Forbat danced beautifully.

The designs by Peter Farmer gave a sense of solidity to the real world, and a lightness of touch to the magical. The Christmas tree grew while the mice were dancing and then transformed itself into a snow-covered tree for the rest of Act I. This is a Nutcracker interweaving the real and the magical, though the first night may not have shown it to best advantage, and the orchestral playing under the baton of Gavin Sutherland seemed a little uneven. It will surely settle down later, and performances continue until December 30 — for more details click here.