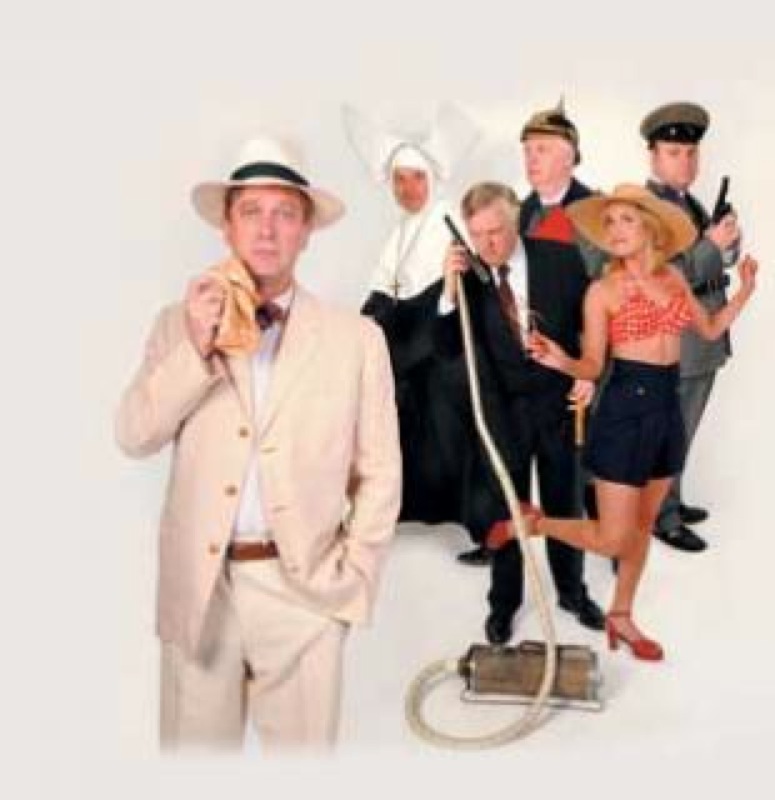 This novel by Graham Greene, adapted for the stage by Clive Francis and directed by Richard Baron, is about a British secret agent in pre-Castro Cuba, whose reports and informers are all inventions. As a vacuum cleaner salesman in need of money, he allows himself to be recruited by the secret services, and feeds them ingenious plots and conspiracies, which he tries to back up with real events, leading to near-disaster. Putting this on stage is not easy, but Clive Francis has the experience of playing in Travels with my Aunt, another Graham Greene adaptation, and like that play this uses only four actors, playing multiple parts. The main character, Wormold (our man in Havana) was very well performed by Simon Shepherd, while Philip Franks, Norman Pace and Beth Cordingly played the other roles. They did brilliantly well, and how they managed the multiple costume changes, lord alone knows. It was like a conjuring trick, and the audience loved it. This play is a comedy, and a reminder of how gross incompetence can be rewarded by Whitehall when it suits them to avoid admitting errors and rank stupidity.